There seems to be a wave of Mexican-themed games as of late. No idea why that is the case, but we can’t say that we hate it. We love the crazy theme and the awesome music. The Luchadora slot machine is up there with the best of them!

How to Play Luchadora Slot by Thunderkick 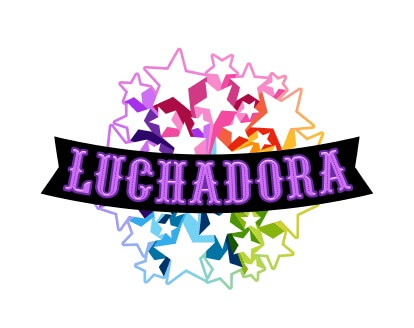 The Luchadora slot machine from Thunderkick was launched in April 2016. It offers 30 paylines across 5 reels. The house edge sits at 3.8%. it is a low to medium volatility slot.

This means that the wins will be coming in thick and fast, but maybe not the largest wins in the world. The minimum bet is £1 with the maximum £1000, which means that it is probably one of the more expensive slots to get into.

The game is colourful. Really colourful. For those who are unaware; this game is based around Mexican wrestling.

If you have ever seen Mexican wrestling before, then you will know just how whacky it is. We feel as if the Luchadora slot really captures the essence of those Mexican wrestling matches. Luchadora is the second Mexican themed online slot from Thunderkick - Do you rememebr the fun and wacky Esqueleto Explosivo Slot?

It looks so…great! The music isn’t too shabby either. Honestly, on the theming level, there is nothing that we would change about the Luchadora slot. It is perfect just the way that it is, but we say that about all Thunderkick games so nothing new there.

This is a slot which has been firmly built for those new to the world of online slots. We are confident that some of the more experienced players will enjoy it too. It does have a relaxing, if upbeat, vibe to it. This is certainly a slot that is going to be in our ‘top ten’ list for a while to come.

This slot is quite well themed. If you look, the 4 corners of the slot are ring corners. These play into the wild feature. Any time a wrestler lands in one of those ring corners, all of the other instances of that wrestler on the reel will be wild for that spin. It is something that we liked and it was very unique.

If you get a bell anywhere on the ring, you get a mystery prize. This will either be:

However, if you get that bell during the free spins mode, it can be one of the following: 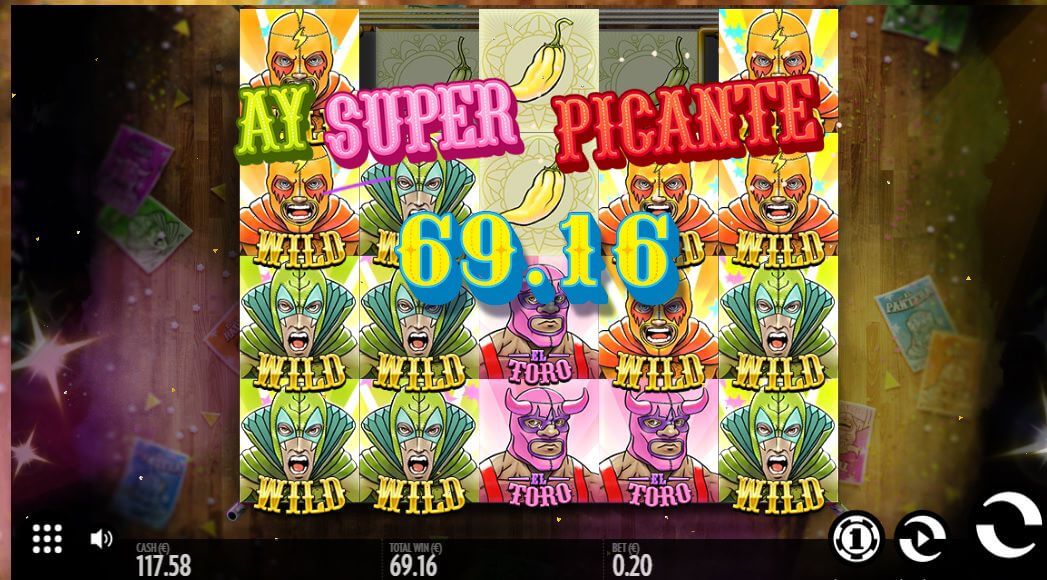 Thunderkick has never really made an awful mobile slot. We know that they do not have the budget that NetEnt and the like have at their disposal, but we genuinely have never been disappointed in a game from Thunderkick.

The Luchadora mobile slot is no exception to that rule. The colours of the game which look so fantastic on the computer screen look even better when you have them booted up on your mobile device. The gameplay is smoother than a baby’s bum too. No complaints at all. Proper enjoyable slot.

Summary – What Do We Think?

There is a lot going on in the Luchadora slot machine, but we can’t deny that it is a ton of fun to play. In fact, it is one of the most fun slots we have played in a while. We love how unique everything is about it.

The way in which you trigger your free spins. The way in which the wilds work. This is why we feel that it is not only going to be great for those new to the world of slots, but more experienced players will love it too.

Check out the Luchadora slot machine on any of the links below. We have personally vetted every one of these casinos so you know that they are going to be tremendously awesome to play at!