Thunkerkicks Magicious Slot welcomes you to a spectacular magic show with sparkling wands and levitating boxes! Watch and be wowed by two magicians called Magicia and Illucious, performing their magic tricks for all to see in this fast paced and quirky online casino slot.

As you'll notice with Thunderkick slots, there is a cool theme but, usually in most of their slots there are characters that you get to like, and be acquainted with. In Magicious' case, watch carefully as Magicia and Illucious can conjure up great prizes for you, so hurry up and join them in the “Magicious” slot.

“Magicious” is a bright and vibrant 5-reel, 10-payline casino slot show casing some really great graphics, animations and sound effects. This entertaining slot will make you feel as if you were watching a real magic show. The two magicians are standing next to the reels, watching while you spins, while you're hoping they want to magically award you with a fabulous win. The symbols on the reels include colourful levitating magic boxes, stars and magic balls - all the things you automatically connotate with magic tricks and magic shows.

Players won’t be able to change the number of pay-lines as they’re fixed within this slot, but you will have the option to choose among the 15 possible total bet options, starting from the smallest: 10 credits up to the highest of 100. This should be suitable for both novices, regular and riskier players, so there is something suitable for everyone. Magicious Slot will also allow you to win decent prizes thanks to its two special features: Expanding Wilds and Pay Both Ways feature!

A game which Pays both Ways? What does this mean? Well it simply means that winning combinations can start either left to right or right to left. When a winning combination is formed, Magicia standing to the right and Illucious standing to the left, will use their magic to change it into cash prizes! The game also offers Expanding Wilds that can substitute for all symbols, and are featured to appear on reels 2, 3 and 4 only. If the Wild symbol is included on a winning combination, it will be locked in place and the reels will spin again up to 3 times for some nice extra re-spins too. 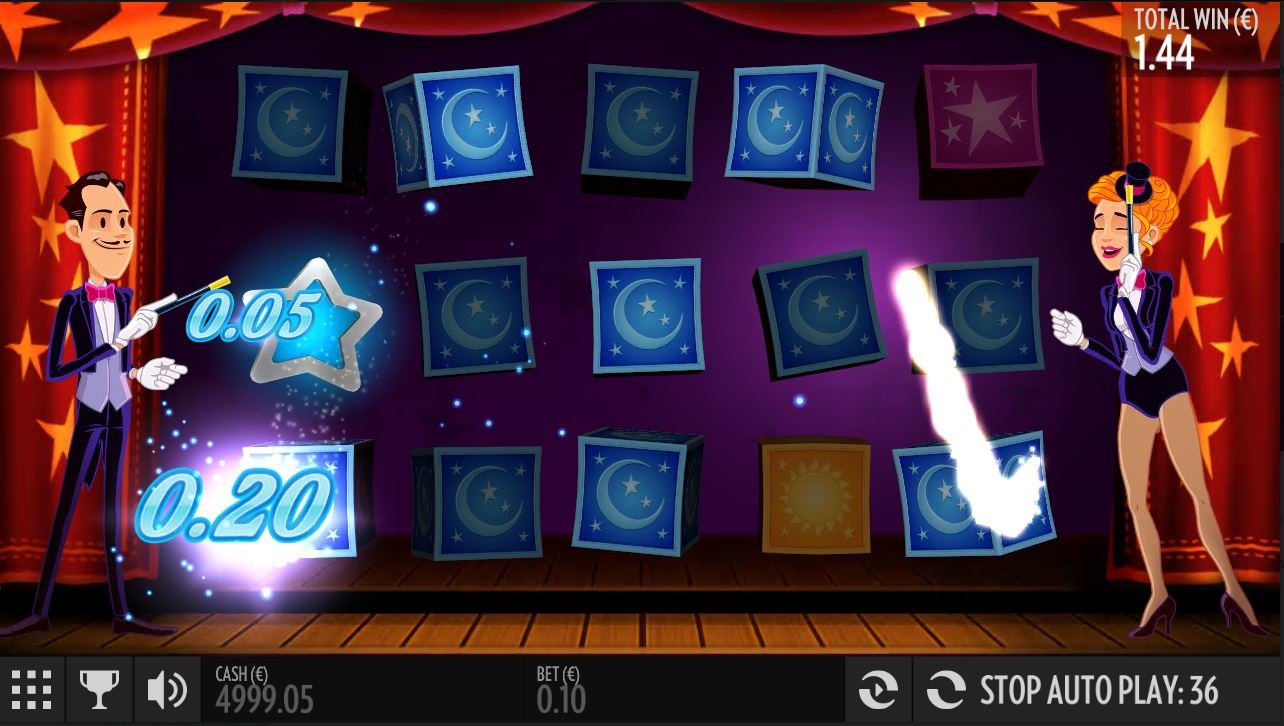 Magicious Casino Slot looks great and sounds great and pays well, this slot has all the hall marks of a superior and eccentric Thunderkick game: A great sountrack, great graphics, cool character personalities (that's Magicious and Illucia if you missed that part) and some great win ratios! Not to be missed!